TRAI has imposed a penalty of INR 30.1 Cr on BSNL, as it failed to curb cybercriminals from issuing fake SMSes

TRAI’s move comes even as Paytm is embroiled in a legal tussle with telcos, in an ongoing case in the Delhi HC

The Telecom Regulatory Authority of India (TRAI) has imposed a penalty of INR 30.1 Cr on the state-run telecom company Bharat Sanchar Nigam Ltd, as it failed to curb cybercriminals from sending fake SMSes to dupe users of digital payments applications. BSNL had also failed to respond to TRAI’s show-cause notices and produce performance-monitoring reports.

Further, a fine of INR 1.82 Cr has been imposed on Vodafone Idea (Vi), INR 1.41 Cr on Quadrant Teleservices and INR 1.33 Cr on Airtel, as these telecom service providers (TSPs) had also failed to curb spam calls and text messages to their users.

In all, eight Indian telcos, which also include Reliance Jio, Mahanagar Telephone Nigam Ltd (MTNL), Videocon and Tata Teleservices, have been fined a collective amount of INR 35 Cr by TRAI.

TRAI’s move comes even as digital payments giant Paytm is embroiled in a legal tussle with the leading players of the Indian telecom industry, in an ongoing case in the Delhi High Court.

At a hearing in September, the court had asked TRAI to act against service providers violating regulations to curb spam calls and text messages.

Paytm’s contention was that telecom operators had been lax in monitoring the issuance of SMS headers — unique IDs through which commercial text messages are sent — to telemarketers. Hence, those wanting these SMS headers for fraud purposes had been able to get one, enabling them to send promotional SMSes to unsuspecting customers. A lot of these messages are disguised as coming from banks or payment executives, asking for the customer’s private details. Those who reply with their details, see their funds being siphoned off from their bank accounts or digital wallets.

According to the Economic Times, which first reported the development, TRAI’s penalties on telcos are on various counts of violation of the Telecom Commercial Communication Customer Preference Regulation (TCCCPR).

TRAI Says “No Information” About Number Of Fraud Telemarketers

Meanwhile, Inc42 had filed an RTI (right to information) request with TRAI, requesting the number of registered and unregistered telemarketers/senders of commercial text messages who’ve been penalised, off-boarded or blacklisted by TSPs, under the provisions of TCCCPR 2010, for the period for which TCCCPR 2010 and its amendments were in force.

The RTI had also requested TRAI to provide information about the complaints received regarding unsolicited commercial communication i.e. fake SMSes for fraud purposes, received from customers of TSPs from 2010-20.

In response to the RTI, TRAI said that there was no information available regarding the query.

In September, Inc42 reported that digital payments giants PhonePe, Mobikwik and Infibeam Avenues had backed Vijay Shekhar Sharma-led Paytm’s claims that telecom companies and the TRAI had been ineffective in handling the rising number of phishing cases in India.

In its original petition filed with the Delhi HC in July this year, Paytm had called out TRAI and telecom companies inaction in controlling phishing scams. It had also sought INR 100 Cr in compensation.

Once successful, these scammers send out malicious messages to Paytm customers, fooling them to reveal their personal and sensitive information including account details and passwords. Sometimes, these scammers also call customers to seek private information under the pretext of completing their know-your-customer (KYC) requirements to continue using their Paytm wallets.

However, the telecom giants Jio and Vi had, in turn, attacked Paytm for shifting the blame of its own lapses to evade legal liability of financial frauds and phishing scams that are occurring through its app. Jio had also highlighted that telecoms cannot be held liable for “unlawful activity” occurring over calls and messages under the Telecom Commercial Communication Customer Preference Regulation (TCCCPR), 2018.

It is worth noting that the eight telcos penalised by TRAI, could yet challenge the penalties in court. 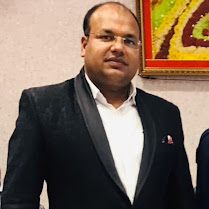